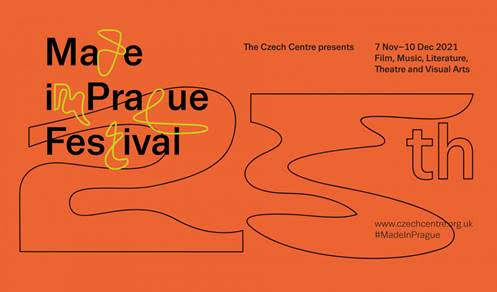 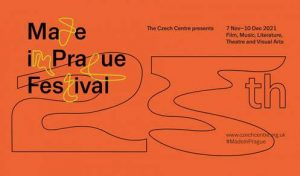 Celebrate the 25th Made in Prague Festival

Welcome to an inspirational, vibrant and multifaceted 25th Edition of the Czech Made in Prague cultural festival which showcases Czech-British contemporary art, debuts new feature and documentary films, theatre, a live music gala and poetry in public spaces.

The Festival, one of the oldest national celebrations of European culture in London and around the country builds on rich artistic encounters with the British audience over the past quarter of a century. Today, I believe more than ever that our mutual cultural interactions are incremental to wonderful collaborative friendships and intercultural relations on both sides of the channel. Through the prism of art, cinema, music, theatre and many other artistic expressions we are thrilled to foster our mutual dialogue, enrich each other with sensational stories, personal experiences and boundless emotions.

An ample array of opportunities embedded in the five week long programme will present artistic creativity, inspiration and originality through over twenty-five events in major venues across the country. The Festival will commence at the prestigious Barbican with the screening of the UK Premiere of the digital restoration in 4K of the award winning film Ecstasy enhanced by a live musical overture, followed by a gala debut of an epic film about Olympic legend Emil Zátopek, touring screenings of Czech films in Picturehouse cinemas across the UK and a new cinema showcase at Notting Hill. Among many other artistic genres will be a multimedia installation by Tereza Stehlíková; You in My House, an on demand audio-mobile specific-performance by the Czech National Theatre; Looking for Prague, an outdoor photographic exhibition by David Gaberle and poems in public spaces. The Festival Gala finale will be a joyful stream of audio-visual musical performances in an Electronica concert at Rich Mix.

I’m very excited about the breadth of the jubilee 25th Made in Prague Festival programme and equally grateful for the generous support of the festival partners and the vigorous dedication of the Czech Centre team, without whom this Festival would not have been possible .

CZECH it out, you are ALL cordially invited.

Learn more about the programe here