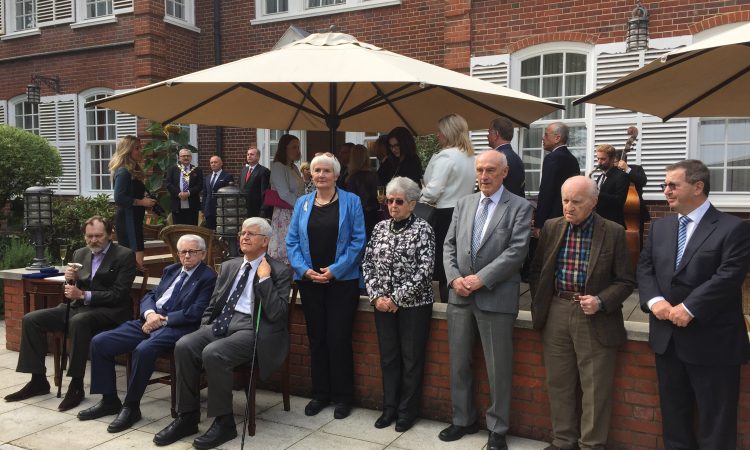 On Wednesday 27 September 2017, the National Day reception was held at the Ambassador’s residence.
The reception was opened by Ambassador Libor Sečka, together with the Mayor of Camden, Cllr. Richard Cotton, and the Rector of Charles University in Prague, Tomáš Zima. Their speeches were followed by the Czech and British national anthems performed in an original way by the music band Sam Glaser Trio.

Among the guests at the reception were other Ambassadors, mostly from the partner EU states, other members of the diplomatic corps, prominent Czechs living in the UK, heads of the expatriate organisations and the Czech agencies in London, business partners, sponsors and others.