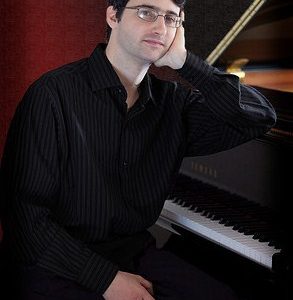 We are very fortunate that Patrick Hemmerlé has agreed to play to us after the formal part of the AGM. He has recorded Variations on a Theme of Schumann by Novák on the Orpheus label and when in Paris recently performed Pan, Op. 43 in preparation for a new recording.

Saturday, 8th April 2017
at Velehrad 39, Lonsdale Road, Barnes, London SW13 9JP
at 3.30pm
Piano Recital by Patrick Hemmerlé
RSVP – to Hon. Secretary (secretary@dvorak-society.org)
Patrick Hemmerlé is a French pianist, born in 1981. He studied the piano in France, firstly privately with Nadine Wright and then at the Conservatoire in Paris with Bill Eidi. He received advice from Ventislav Yankoff, Joaquín Soriano and Eric Heidsiek.
He is a prize winner at several international competitions: the Scriabin Competition in Grosseto, Italy (second prize), Toledo (first and Spanish music prize), Valencia (4th prize, Spanish music Chopin and Beethoven concerto prizes), CFRPM in Paris.
His career has led him to play in many festivals in different countries in Europe, North America and China.
The main focus of his activities as a musician is German music, the French music of the early 20th century, and some of lesser played composers, such as Novák, Martin, or Emmanuel.
Patrick is a fellow commoner and musician in residence at Clare Hall, Cambridge University, where in addition to performing and programming concerts, he also gives talks on various musical subjects.
All are welcome. This is also an opportunity to view the new premises of > Velehrad.