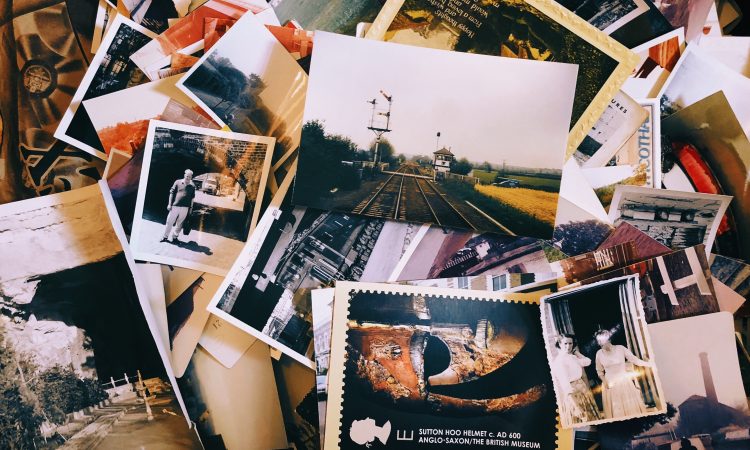 Embassy of the Czech Republic

My name is Marie Chatardová and I am the Ambassador of the Czech Republic in the United Kingdom. This year the Embassy of the Czech Republic is undertaking a new and exciting project, which we hope you might consider being part of. The project is called “Children of Heroes” and its aim is to acknowledge the brave Czechoslovak air personnel and soldiers who settled, married and had children in the United Kingdom during and after the Second World War. It will give us a sense and feel as to the real size of the longest established Czechoslovak community and a chance to establish a map of you, the children, the families and, the descendants of all those brave heroes who fought alongside their British colleagues during the War. Over 10,000 Czechoslovak servicemen and women took part in the fight for freedom in the United Kingdom. Many of them started new families and stayed here or returned here after the end of the War. Given the time that has past there are now very few veterans still alive, nevertheless, their legacy lives on in you, their descendants. That is why we came up with the idea of this project. It has two main objectives. The first one is to find and create a database of their living children, grandchildren and families, so if they are interested, we can engage them in commemorative and other social events. The second objective is to introduce the life stories of the descendants via a series of short video reports published on the Embassy‘s website and social media.

If you are a descendant or a family member of a Czechoslovak Second World War hero and you would like to become a part of our database, we would appreciate if you could fill in the form attached to this letter. In the case that you are open to taking part in the video series as well, please indicate your interest in the form. In such case, I would be delighted to visit you personally, together with my team, to film the video report. Each report should take no more than 20 minutes and should provide the viewers with a glimpse into your life story. We would like you to tell us, and if possible show us, more about your ancestor who fought in the War and about yourself.

If you would like to take part in the project, I would like to kindly ask you to send the filled–in form to the Embassy‘s Press Attaché, Mr Michal Žižlavský via email: Michal Zizlavsky@mzv.cz or by post to the address above or you can contact him by phone on 07707 276 074. If you are open to participating in the video series, he will get back to you with further details.

Thank you very much and we are looking forward to hearing from you. 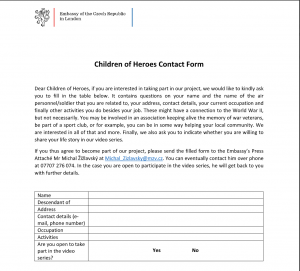