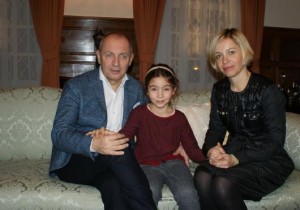 On the 5th of January 2016 H.E. Libor Sečka has taken up his posting as the Ambassador of the Czech Republic to the United Kingdom of Great Britain and Northern Ireland by presenting a copy of His Letters of Credence to the Director of Protocol and Vice-Marshal of the Diplomatic Corps in London.

H.E. Libor Sečka has been active in diplomacy since 1986. Previously he was the Ambassador of the Czech Republic to Mexico, to the European Union in Brussels, to Italy and Malta and to the People´s Republic of China. Ambassador Sečka speaks English, Spanish, Italian, Russian and French. He is married and has got three children.